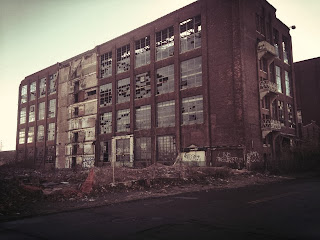 Next week will mark two months living in Connecticut after 10 years of being away.  Let me tell you, it has been two incredibly full months. The life change - moving from LA to CT - has not been as challenging as anticipated, but I attribute that to the visitors that have come and are coming. God's reminded me of the global family that I have, by His grace.

But something has happened.

I grew up in Fairfield County. I went to the local Christian school, attended one of the two largest youth groups, held events and fundraisers for the local rescue mission, even did prayer ministry in "inner city" Bridgeport outside of abortion clinics. I was one of those kids that won awards and scholarships for my "community service". Accolades were not few and far between.

Since moving back - yes, in these short 2 months - I realized that I had absolutely no idea about the extent of the poverty in Fairfield county.  Zilch. In fact, my so-called "community service", is offensive to the reality that is specifically the town that is just three exits and fifteen minutes from where I slept every night.

I've had the chance to travel quite a bit, as some of you know. I've been to Ethiopia, Liberia, Mexico, Columbia, Argentina - all places known for the disparity between the rich and the poor. I've experienced the lifestyle of the poorest of the poor in these areas. From a physical perspective, the scenes are all so close to each other. Poorly constructed buildings, torn clothing, dirty, bad or no plumbing, limited or no access to resources, civil unrest, disgustingly sub-par education, day-to-day living, child abuse, prostitution, drugs, broken or corrupt policing systems. The smells are even similar.

So it rocked my world a bit when I saw, smelt, and touched the exact same scene in Bridgeport, Connecticut. Yes, I'm serious. I still remember Alex - the 8 year old that dreams of being a scientist, or an astronaut, or a football player. He had only eaten a peanut butter and jelly sandwich that morning. And he probably wouldn't eat for the rest of the day. And then Nannie. Mother of two, drug addict, and broken spirit.  And then Guillermo - older guy just trying to get by on daily labor jobs and his morning Bud. I've met them all before. Their houses are different, but the story is the same.

But there are two sides of the story. I was at lunch with a dear friend who lives, works and experiences Bridgeport. I was talking to her about all of this, really just processing all of it out loud. And then she said something that added another layer to this story.  "Amy, there are people in Bridgeport that don't think people in Fairfield and surrounding suburbs really love Jesus."  The invisible wall between the cities keep us from actually knowing each other.

This does beg the question though. Why didn't I know? Why don't we know? And I don't mean just intellectually - why don't we actually smell, taste, listen, feel the reality that is the developing world poverty that is a few miles away? Why don't we know about the strong faith of those living off Mill Plain - why do we stay so close to home?
Posted by Amy Carol Wolff at 11:31 AM
Email ThisBlogThis!Share to TwitterShare to FacebookShare to Pinterest

Amy
I believe you've taken a picture of God's Enterprise. It is part of Enterprise Park which from the first time I saw it entered my heart as bones that God will raise up because work is needed in that area as well as many other things. I have seen work there. I have seen Christian day care. I have seen a home for Apostles there. I have no idea how this would work except that nothing is impossible with God. I have been praying since then and there is at least one entrepreneur looking for a home praying as well. I may be crazy but I have learned never to call anything that God puts on my heart crazy. Pray on and see His glory!
Walter