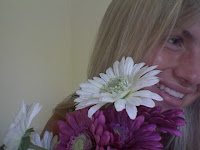 I am a bit humbled today as I get ready to pack up my apartment and actually leave this city for a new home. I graduate tomorrow afternoon and then on Monday leave for the beginning of a season that will eventually have me winding up in Santa Monica, California where I will be working as the Giving Special Projects Manager for TOMS Shoes. Last week, as I headed to my very last Connexion here in Bloomington, I began a letter to the Lord reflecting on my 6 years in this town. I'll finish it today.

I have to tell you, these past 6 years in Bloomington have been nothing short of transformative. You know that, but it is almost bizarre. I try to reach back in my memory when I first came to Bloomington and vaguely remember the drive from the airport on a road that I would travel more times than I can count. As an East Coast girl who grew up by the sea, I was initially scared by the corn stalks and rolling landscape...but it was just this past month that I breathed a sigh of relief when I re-entered the same Indiana landscape after a drive to Chicago.
I recall the single tear I shed as my parents headed back to Indianapolis after dropping me off in Read dorm for the first time. I sat by the piano and pulled myself together to enter into this unknown season. That first year was troublesome, wasn't it? It was then that I discovered that one of the enemy's most deceptive weapons is that of apathy. But it was by your grace that I found a church home and found it somewhere within me to keep going each Sunday.
Sophomore year was transformative for us. I began singing with the Connexion worship band and you began the process of stripping away the things that were keeping my attention from you. I met my best friends that year- the women who now speak your truth and grace into my life. I met the people that you would use to start Renovo- and that in itself brought an incredible season of growth, pain, and recognition of who You are and how You move.
The last two years of undergraduate reawakened Mexico for me, as I had the opportunity to return to Chiquila with a number of people from this little Indiana city. It was quite the experience to rediscover my love for that culture, those people and then watch as you began to prepare me to offer this ministry to you. It was also in this time that I chose to stay in Bloomington to complete my graduate degree- what a whirlwind that second semester of senior year was!
And now, here I am on the other side of the two year program that gave me the opportunity to explore new careers, travel to new places, meet people that would very explicitly contribute to where I am going next. I would have never guessed that Mexico would provide me with the project that would send me to Austin, TX for Clinton Global Initiative University. And there I would meet Dan Morrison, CEO of Citizen Effect- a man who has encouraged, supported, and connected me to this space in incredible ways. And that is just one story.
My heart has been broken here. I discovered more of Your joy here. I've enjoyed powerful relationships with people that I pray will always be a part of my life. So much has happened. It has been extremely full of life-shaping experiences. The difference between the 18-year-old girl that came here to learn and the 24-year-old that leaves to learn is almost unreal to me. And yet, as this season ends, I have a sense of gratitude that I have been in a time of preparation for what is to come.
Father, you have been with me as I have grown through these past six years, and I know you will be ever close for the next six.
With love and expectancy,
Your daughter,
Amy
The steps of a man are established by the Lord,
when he delights in his way;
though he fall, he shall not be cast headlong,
for the Lord upholds his hand.~Psalm 37:23-24
Posted by anonymous at 3:07 PM
Email ThisBlogThis!Share to TwitterShare to FacebookShare to Pinterest

so beautiful amy... ill miss you so much... praying for you always.