Serve the Ones who Serve 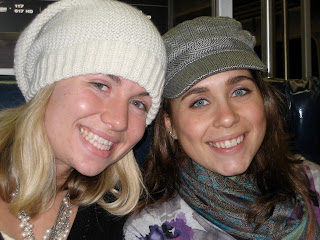 Acts 4:23-30
When they were released, they went to their friends and reported what the chief priests and the elders had said to them. And when they heard it, they lifted their voices together to God and said, “Sovereign Lord, who made the heaven and the earth and the sea and everything in them, who through the mouth of our father David, your servant, said by the Holy Spirit, ‘Why did the Gentiles rage, and the peoples plot in vain? The kings of the earth set themselves, and the rulers were gathered together, against the Lord and against his Anointed’—for truly in this city there were gathered together against your holy servant Jesus, whom you anointed, both Herod and Pontius Pilate, along with the Gentiles and the peoples of Israel, to do whatever your hand and your plan had predestined to take place. And now, Lord, look upon their threats and grant to your servants to continue to speak your word with all boldness, while you stretch out your hand to heal, and signs and wonders are performed through the name of your holy servant Jesus."
I decided to follow suit of the thousands of bloggers and write a brief, but intentional blog regarding my thoughts as we enter into this new year. I was actually inspired by friend, Sara, who wrote a blog back in October talking about the single life in the mid-twenties. There are a few major things that will be happening in my life this year. First, in 19 days, I'll be turning 24. It's the age I always wanted to be...seriously. When I would play as a little girl, I would dream of the day I'd turn 24. In fact, I had resolved, at my wise age of 12, that by this year, I would be bearing my firstborn child. That way I would be 42 when my kid graduated from high school- still young enough to enjoy life. Laughing yet?
This year will not bring my firstborn, but it will bring a Master's degree, a few trips to places I've never been, the potential of my first "grown-up job", a new home. In other words, 2010 will bring some significant change. It's a pretty vulnerable place to be, is it not?
I just returned from a trip to Intervarsity's major conference- Urbana. There, I was met with over 16,000 students trying to answer the question, "What should I do with my life?" These 18-22 year olds were grappling with their sense of purpose- how it should be manifested. And ironically, though I was working for an organization that was seeking to answer that question, I was right there with them. The speakers discussed numerous ways that a young person could use their lives- go live with the poor, rescue the oppressed, care for the sick. These are all the things I want to do. I mean, I want my life to be devoted to the purpose of Jesus Christ. But, as I listened to the sermons, discussions and speakers, I couldn't help but feel as if my mission didn't quite fit with this radical movement. Some of it did- I want to "live to be forgotten", that God would be glorified, I want to empower those who are suffering with hope and life. But something was missing for me. I didn't feel called to go to a specific country or people group. This was quite unsettling. It wasn't until the last day, while I was running around in the exhibit hall, that I got some of the words to place to a portion of my mission. "Serve those who serve."
Twitter is fascinating to me. And you can laugh all you want, but I have connected with and met some amazing people who have brought change. Here I was in St. Louis, MO, exhibiting at a conference with thousands of people, and a young woman- with whom I first connected on twitter- happens to be there as well. We only spoke for a few minutes on Thursday, but in those few minutes, she planted a seed of thought that resonated with my heart. She told me of her time of service in New Orleans after Katrina. "The badge of honor during this time was to gut a house- you had to do it," she said. But when she arrived, she knew that God had placed a different calling on her- to serve those who served. She coordinated food, facilities, bedding and other details so that those gutting the houses would have a place to come and be.
The more she spoke, the more I began to recognize-soberly- what she said next, "Amy, this road is a lonely one." I got that. I got that it definitely feels lonely. It's so much more celebrated to be the one on the ground, handing out the food and water, physically embracing the lives you for whom you care so deeply. But you see, those who touch also need support. They need a voice, a place to rest.
And though this is not the complete picture for me- it definitely is a major puzzle piece of what I both currently do and will continue to do. So as all of this change comes in the near future, it is a least a little settling to know that though the road is lonely...I am most certainly not alone in my plight. And I as I think about it more...the majority of those who have recently entered my life have this supporting role as well. There's more to this...but it's a start.
Happy New Year!
Posted by anonymous at 4:20 PM
Email ThisBlogThis!Share to TwitterShare to FacebookShare to Pinterest

it does feel lonely, but you're no alone.

Praise God that He's leading you, Amy! I'm excited for you and the fruit you're bearing for His Kingdom.

without supporting roles those who serve could not do so; think about it, if one who serves needs (arbitrarily) the same as what those supporting them need then you need 20 people giving 5% to support one who goes; more if they give less, which is usual. it's not lonely, just not glamorous, but there is something fulfilling in knowing what God has done through the hands you support. in fact, it's a gift of the spirit (see romans 12:8).
~ Tom H.