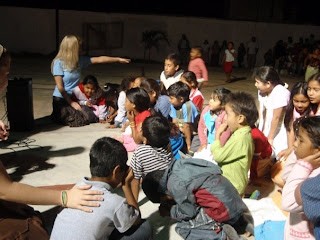 "When the perishable puts on the imperishable, and the mortal puts on immortality, then shall come to pass the saying that is written:

'Death is swallowed up in victory.'

The sting of death is sin, and the power of sin is the law. But thanks be to God, who gives us the victory through our Lord Jesus Christ."~ 1 Corinthians 15:54-57

When the perishable puts on the imperishable...death is swallowed up in victory. When we receive the power of the Lord through His resurrection, the sting of death and sin no longer holds us. I love the image of "swallowed up". Death has not chance in the battle of death and victory and Jesus demonstrated this when he rose in power.

Something that has resonated with me recently is the reality of the battle we fight against an active enemy. Looking at Job, we see an evil destroyer, that I believe we tend to disregard in our daily lives. Just think about it for a second. He is deceitful...and good at it. He's mastered deceit in such a way that we forget he hates us. I forget he hates me. I'll find myself battling against temptation, apathy, laziness, questioning where this is all coming from, reaching a conclusion that I have to draw more lines, set more boundaries, write more laws to conquer this circumstance-as if I am a conqueror on my own (Romans 8:37).

But the way to defeat this, is to recognize and worship the King. In the power of the Holy Spirit- in the self-control He provides, cut off the sin that entangles and immediately turn to worship the Lord. It is in Him that we have power, in Him we have life, and in Him all find rest. There is mighty power in the name of Jesus Christ.

The mighty God, our Father, our Savior, and King, has conquered and defeated our enemy. It is finished...end of story. And we have access to that through Jesus Christ. Recognize the presence of an enemy, rebuke it in the name of Jesus, and then rejoice in the power of victory!

Posted by anonymous at 7:21 AM
Email ThisBlogThis!Share to TwitterShare to FacebookShare to Pinterest