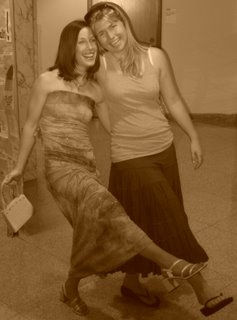 "I deserve nothing. I deserve the worst punishment possible. But Jesus has given me grace." How many times have you proclaimed that to a non-believer? I think that is the hook for most of us. Saying that we deserve nothing, punishment, denial...BUT Jesus gave us grace. Ok...that's all nice and good, but do we understand what we are saying when we say that? I didn't really until this morning when I read Ezekiel.

You can even find the magnitude of this punishment in Isaiah as well, but for some reason, the Lord's words to Ezekiel humbled my heart. To paraphrase...the Lord, in Chapters 3 and 4 tells Ezekiel that he will bear the sins of both Jerusalem and Judah. So what does this look like? For 390 days (one day for each "year of sin"), Ezekiel has to lie on his left side. Then for 40 days (again, one day per each "year of sin"), he will lie on his right side. He is to portion barley cakes and water for the duration of this. Now...390 days...that is significantly more than our year. And I don't know about you, but I can barely sit in one place for 5 minutes without finding something to get my attention. Just contemplate that for a moment. Oh, and did I mention that he would be bound up in ropes?

Let's talk about his food. Primarily, God wanted him to bake the bread and fuel the fire with human excrement. Poop. When Ezekiel reacted in disgust, God said, "Ok...make it with cow manure for you, and the rest with human poop." Let me remind you...the people DESERVE this. Don't be disgusted...because you deserve this too. Think about it...how many times have you "set up destestable idols" in place of Christ? Yeah, I know, humbling isn't it?

God then spoke of how he would "shoot his arrows of famine" at the the people, so that they would have to eat rationed food and water. It would get so bad that canabalism would begin to plague the nation. Kids would eat their fathers and visa versa. Think about the utter depravity of that statement. Eating your parent or child. Killing them and eating them. Yes, we deserve this.

So why do I have a picture of smiling faces up there? Because we should rejoice in the grace...tremble at His grace. We should be driven to our knees by the mercy shown. His death and resurrection for the sake our souls is the most impractical act ever. After all we deserve all of the above and MORE. If you find yourself say, "Now that's a little extreme" when you read these passages, catch yourself. Condemn that thought to hell in the name of Jesus Christ. Because not only are these punishments deserved, but they would have been yours.

Consider this as we remember His ultimate sacrifice. Rejoice! But do not forget the magnitude of your sins. Be blessed. Don't make the explanation of your salvation easy words.

Posted by anonymous at 9:24 AM
Email ThisBlogThis!Share to TwitterShare to FacebookShare to Pinterest

Romans 8:28-30
My favorite verse of the week. 30 especially...just thought you'd like a reminder of how worthy you are.